Apartment construction in the core submarkets of the Inland Empire is finally reaching levels seen during last cycle’s peak. With 5,689 units under construction across the metropolitan area at the end of the second quarter of 2019, more than 2,300 units are projected to deliver annually from 2019 to 2021.

Most apartment construction is concentrated near the metro’s major office nodes, with access to Metrolink stops that facilitate commuters in and out of Los Angeles. Those include the Greater Ontario / Rancho Cucamonga, Riverside / Corona and San Bernardino submarkets.

Transit oriented development is not unique to the Inland Empire, as statewide policies have helped propel such developments throughout much of the Golden State.

Yet outlying parts of the Inland Empire, where two-bedroom rents top out at around $2,000 per unit – affordable by Southern California standards – remain less attractive to developers and are not seeing much development this cycle.

In the Coachella Valley and Morongo Basin, there have been no apartment communities delivered since before 2015, while 469 units are now underway. In comparison, 1,336 units delivered between 2004 and 2008.

In contrast to the slow-growing apartment market, tourism continues to thrive in Palm Springs. A new $250 million, 10,000-seat arena is being planned in the city, and early indications show that the pop-up Taco Bell hotel at the V Palm Springs will help bring additional tourists to the city. Meanwhile, the military training facility in Twentynine Palms has been expanding, which combined with increased tourism in the area could spill over to future demand for apartments.

In Victor Valley, the West Main Villas Apartment Community with 200 units in Hesperia is the only apartment community to deliver since 2015, and no other community is under construction. In comparison, 675 units delivered across eight properties between 2004 and 2008. Single-family housing development has also been rare, and water issues have arisen that could make it less feasible to develop more housing.

The lack of development here coincides with some of the slowest growing cities by population, including Victorville, Hesperia, Apple Valley and Barstow, according to California’s Department of Finance. Outside of Big Lots developing a 1.4 million-square-foot distribution building, there’s been no major businesses moving into the area or significantly expanding in recent years. The West Main Villas Apartment Community was 90% leased as of the end of June 2019, with two-bedroom asking rents of about $1,400.

Even Southwest Riverside County, which has greater proximity to communities in Orange County and San Diego, has less apartment development. Here there are 465 units that have delivered since 2015 across two properties and 560 units that are under construction. Between 2004 and 2008, over 3,000 units delivered in the neighborhood. The two existing properties developed in the last three and half years were 93% occupied as of the end of the second quarter of 2019, indicating that there could be enough demand to support future apartment development.

Few parts of the nation experienced as severe of a downturn during the Great Recession as outlying parts of the Inland Empire, a large reason why many apartment developers may have avoided the area throughout this cycle. Yet, with vacancies near historic lows and very few new developments to compete with, some outlying areas could become attractive targets for late-cycle, opportunistic investments. 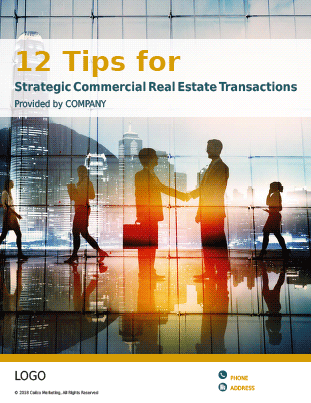